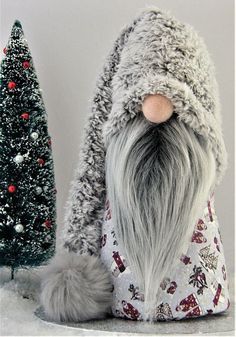 People say it's inappropriate, offensive, that it puts people off. But it seems to me it's the best way to begin, when it's simultaneously devalued and invaluable. Conventional wisdom has it that we've moved on to a postfeminist era, which is meant to suggest that the issues have been settled, the inequities addressed, and all is right with the world.

And then suddenly from out of the South like Hurricane Everywoman, a level '03 storm, comes something like the new study on the status of women at Duke University, and the notion that we're post-anything seems absurd.

Time to use the F word again, no matter how uncomfortable people may find it. Belief in the social, political and economic equality of the sexes. That wasn't so hard, was it?

What was "The C Word in the Hallways," by Anna Quindlen, about? | eNotes

Certainly not as hard as being a female undergraduate at Duke, where apparently the operative ruling principle is something described as "effortless perfection," in which young women report expending an enormous amount of effort on clothes, shoes, workout programs and diet.

And here's a blast from the past: Betty Friedan wrote "The Feminine Mystique" exactly 40 years ago, and yet segments of the Duke report could have come right out of her book.

One year-old girl told Friedan, "I used to write poetry. The guidance office says I have this creative ability and I should be at the top of the class and have a great future.

But things like that aren't what you need to be popular. The important thing for a girl is to be popular. Now young women find themselves facing not one, but two societal, and self-imposed, straitjackets.

They just haven't won the right to do as little as men do. While young women are given the impression that all doors are open, all boundaries down, empirical evidence is to the contrary. A study from Princeton issued at the same time as the Duke study showed that faculty women in the sciences reported less satisfaction in their jobs and less of a sense of belonging than their male counterparts.

Maybe that's because they made up only 14 percent of the faculty in those disciplines, or because one out of four reported their male colleagues occasionally or frequently engaged in unprofessional conduct focusing on gender issues.

Californians were willing to ignore Arnold Schwarzenegger's alleged career as a serial sexual bigot, despite a total of 16 women coming forward to say he thought nothing of reaching up your skirt or into your blouse.

Sure, they're only allegations. But it was Arnold himself who said that where there's smoke, there's fire. In this case, there was a conflagration. The fact that one of the actor's defenses was that he didn't realize this was objectionable--and that voters were OK with that--speaks volumes about enduring assumptions about women.

What if he'd habitually publicly humiliated black men, or Latinos, or Jews? Yet the revelation that the guy often demeaned women with his hands was written off as partisan politics and even personal behavior.

Let's use the f word here. People say it's inappropriate, offensive, that it puts people off. But it seems to me it's the best way to begin, when it's simultaneously devalued and regardbouddhiste.comst. “The C Word in the Hallways,” Anna Quindlen Student Activity (1) The saddest phrase I’ve read in a long time is this one: psychological autopsy.

That’s what the doctors call it when a kid kills himself and they go back over the plowed ground of his short life, and discover all the hidden markers that led to the rope, the blade, the gun.

In the article “The C Word in the Hallways”, Anna Quindlen claims that teenage killings can be prevented by drawing attention to mental health. Quindlen supports her claim by giving examples of individual cases in great detail, and stating information relating to the issue of mental health.